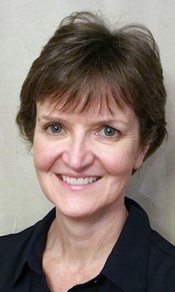 Patti began volunteering with Vegan Outreach in 2012 and joined the board in 2019. She holds a bachelor’s degree in industrial engineering and master’s in business administration. She currently works as a project manager in engineering services.

Patti grew up in Iowa surrounded by, but oblivious to, animal agriculture. While she had always been a champion for companion animals and wildlife, it wasn’t until a thought-provoking philosophy class and a series of personal experiences that she became mindful of the unnecessary cruelty resulting from animal-based diets. She initially became vegetarian and ultimately vegan as a result of these experiences. 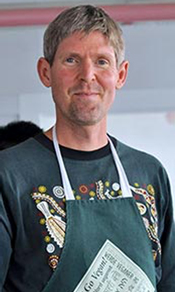 Mark has been involved with Vegan Outreach since 1995, when he helped fund our launch to become a national organization. In 2004, he became a member of the board.

Mark became aware of veganism from his sister in the late 1980s; and then in 1990, while a student at the University of Illinois at Urbana-Champaign, he joined the campus group Students for Animal Rights. In 1995, Mark attended the vegan School of Natural Cookery and began disseminating recipes through his online cookbook at Vitalita.com.

Mark worked at the National Center for Supercomputing Applications at UIUC until he graduated with a Master of Science in Computer Science in 1992. From there, he went to work on European Community projects in Italy for three years. After returning, Mark started his own IT systems consulting firm specializing in Oracle software implementations.

When not stuck in front of a computer, he enjoys baking, traveling, yoga, and getting around by bike. 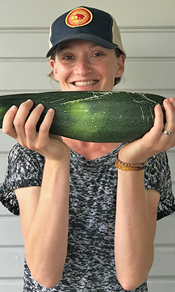 Wendy has been vegetarian since birth and vegan since she was five. She and her husband are raising two vegan kids and two vegan dogs.

Wendy played Division 1 college basketball at University of California, Irvine and loves to be outdoors and active with her family. 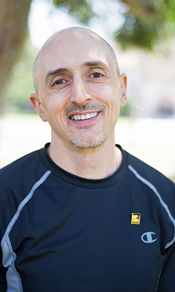 Jack is a cofounder of Vegan Outreach. He was inducted into the Animal Rights Hall of Fame in 2005. Jack is also a registered dietitian and is responsible for all of VO’s writings on nutrition. With Ginny Messina, he cowrote Vegan for Life.

Jack grew up in Cincinnati, OH. He attended Cornell College in Iowa, where he was a Division III All-American in the pole vault. He has a bachelor’s degree in nutrition and dietetics, philosophy, and sociology. He performed his dietetic internship at Georgia State University.