Eating vegan in social situations is easier than it may seem. In India, traditional food can be easily “veganized”—preparing a previously non-vegan dish to one that is vegan. This can be done by asking whoever is making the food—a restaurant chef, waiter, or a friend—to not add dairy to the dish.

For example, if you’re at a restaurant and there’s a vegetable gravy with additional cream, butter, and/or ghee on top, ask for those to be left off. This trick works best in a la carte situations.

When with friends and family, it’s likely they’ll become acquainted with the idea of veganism. They might even offer to make vegan food at a social gathering! People are usually more accepting of personal choices than you may think. But if a friend or family member doesn’t want to provide vegan food, ask the host if you can bring a side or dessert that is vegan. That way you can join in on the eating, and it may also present an opportunity to show your peers how delicious vegan food can be! Buffets can be tricky, and it’s always better to confirm with the restaurant staff about what foods have animal ingredients in them.

When in doubt, the salad section is a definite go-to option! Salads are easy to make vegan because of all the vegetables and sauces that are available. Often, what looks like curd in salads is actually tahini.

Foods that are most likely going to be available at social gatherings include dal, rice, and roti. These three items are tasty, filling, and have a lot of nutrients! Consuming dal, rice, and roti, vegans can get their protein quite easily! 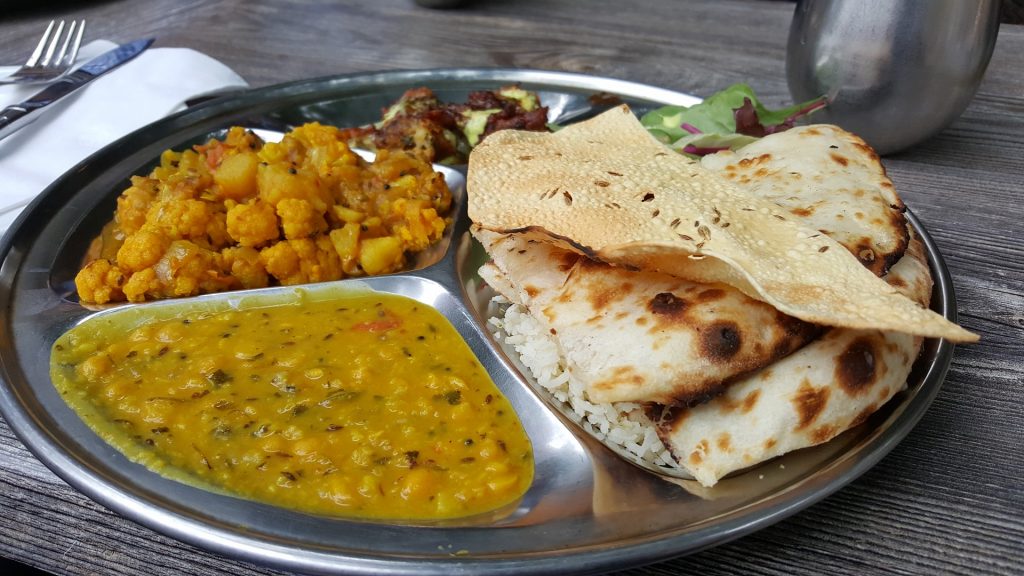 Vegan desserts may be difficult to get hold of at buffets, or even a la carte. However, check with restaurant staff because a surprise can await you! Sometimes, scrumptious goodies on display might actually turn out to be vegan! Many places serve brownies, cakes, or donuts that are “accidentally” vegan.

Mocktails have a blend of many juices and contain a lot of sugar. They’re a good alternative when there isn’t much vegan food to eat at a social gathering.

If your city has vegan friendly eateries, that’s great! If not, restaurants and hubs that have Chinese, Thai, or Middle Eastern cuisines on their menu are most definitely vegan safe-havens. Be more wary of Italian, Mexican, or American fast food. There’s a higher chance that most of the items on the menu will include cheese.

Eating vegan in social situations gets very easy once you explore places and talk to the people around you about your food preferences. While the first few months might hint at veganism as a hard lifestyle, maintaining a vegan lifestyle can be as convenient as any other dietary choice.