I’d like to introduce you to this unique sounding band—Moon Hooch—that’s growing in popularity. If their music doesn’t draw you in immediately, then maybe knowing that the three band members are vegan and very environmentally conscious will do the trick.

When I looked up their tour schedule and saw that they were going to be playing in October at the Fox Theatre in Boulder, CO—where I live—I knew that this interview had to happen. I recommend cranking up their latest album, Red Sky, while you get familiar with the band.

Lori Stultz: Where are you from? I notice that you [Wenzl] have an accent, whereas you two [Mike and James] don’t.

Mike Wilbur: I was born and raised in Boston, MA. I lived in Brooklyn, NY for 8 years, and went to school in Manhattan, NY.

Wenzl McGowen: I was born in Spain, and I’ve lived in Germany, Austria, and Portugal. I lived for 9 years in New York. My mom is from Chicago, IL and my dad is Austrian. They decided not to raise me bilingual, so my first language is German.

James Muschler: I am from Cleveland, OH. I lived there for 18 years and then I moved to New York. And that’s where I met Mike and Wenzl, at The New School.

Lori: How did Moon Hooch come to be? Did you intentionally come together to form a band?

Mike: We definitely did not decide to intentionally form a band!

Wenzl: We were all living in this house together with a bunch of musicians. James and I started to have this thing where we played house music on the streets of New York because both of us were in this band called the A-Typicals, which was an electronic dance music band.

I was playing sax lines that were based on repetitive, simple kind of stuff that you’d find in electronic dance music. And James was playing house beat. And then Mike ran into us and joined us.

We just started going out together and playing, and I started writing simple songs that were based on electronic dance music with blues-based melodies. And from there it kind of grew into what it is now.

Lori: When did it become a goal to travel and do tours?

Mike: We never really had plans to do anything but make money playing in the subway in New York. We were broke college students. Then Mike Doughty saw us down there and offered us a national tour. And then we had a small national following over a period of a month after that.

We’ve just been building on that for six years, slowly. And now here we are at the Fox Theatre.

Lori: Tell me about your collective vegan journey. Was it a group decision?

Wenzl: Yes, it slowly became that. My ex-girlfriend is very health conscious and conscious of the impact she has on the environment. She just kept informing us of what was actually going on in the animal industry, but it took years for that to sink in and for us to give up our desire to eat meat. It’s been about five years since we all went vegan.

Lori: What kind of advocacy/promotion do you do on tour? Do you try to make it known to your audience that the band is vegan?

Wenzl: We post videos, James keeps a food blog, and when we’re in vegan restaurants we post photos of food. We also give out flyers about veganism at our shows. 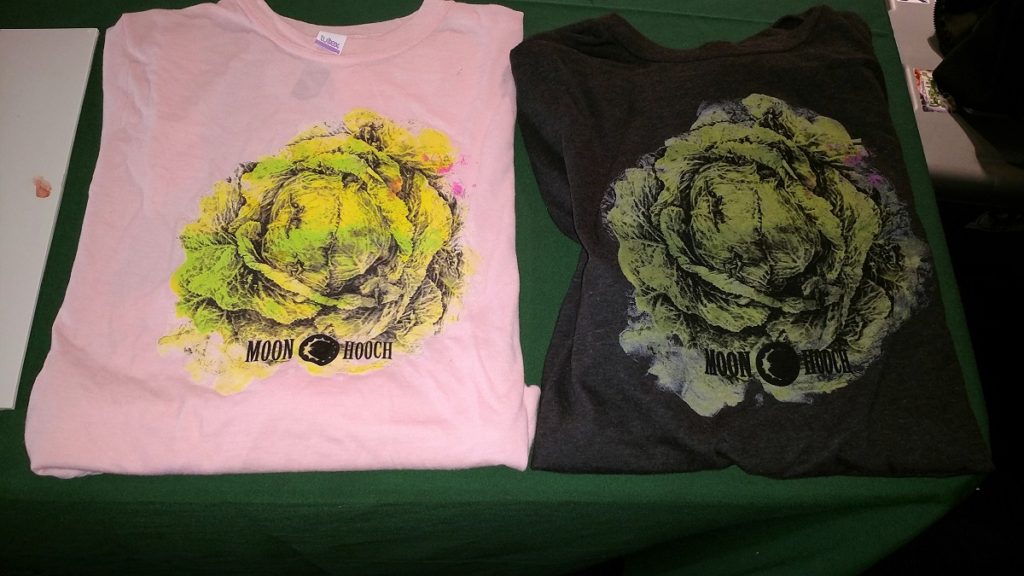 Lori: I read that you try to cook your own meals on the road. How do you do that?

James: We carry a toaster oven and that thing [pointing to a portable camp fire stove]. We also carry our own utensils.

We try to buy only local at co-ops and stuff in the different cities we go to.

Lori: Do you all also try to check out a lot of vegan restaurants while you’re on the road?

Mike: We checked out WaterCourse Foods while we were in Denver, CO—that was amazing. If we know it’s going to be worth it, we’ll check it out. But we’ve been trying to eliminate waste this tour. We bought a water filter and we’ve been using reusable bottles.

Lori: Do you try to make issues about waste known to your audience as well?

James: Yes, but we try not to make it overkill and shove it in people’s faces. We like to lead by example.

Mike: [Laughing] My favorite part is that our parents don’t tell us what to do anymore!

Sometimes you take reality so seriously. You know? And then in the end you’re on stage pouring out your soul and you just feel this insane energy of love and understanding. It transcends all these tools we have to communicate with each other.

Wenzl: And I think my least favorite part is having no privacy. It’s like we have to hang out with each other 24/7 and then sleep in the same bed at night.

Lori: Is there anything I haven’t asked you that you want people to know?

Wenzl: Whenever we’re having this moment of transcendence, whether it’s through music, through nature, through meditation, through yoga, or whatever it is, it’s important to remember that that’s out there. When it gets really tough in life, this complete bliss and acceptance is something that’s attainable. Even if it gets really dark and frustrating and sad and angry and all of those things, there is this other level of being within all of us.

Mike: Every time someone eats meat, something was murdered and tortured so that they could eat that meat. People’s actions matter.

Lori: Thank you, James, Mike, and Wenzl, for taking the time while busy on tour for me to spend time with and interview you! We sincerely appreciate all that you do to spread the vegan message of compassion.

And as the timing may have it, VO’s newly published Everyone Loves Music booklet even features quotes from the band members.

2 thoughts on “Let’s Chat with a Vegan Band”