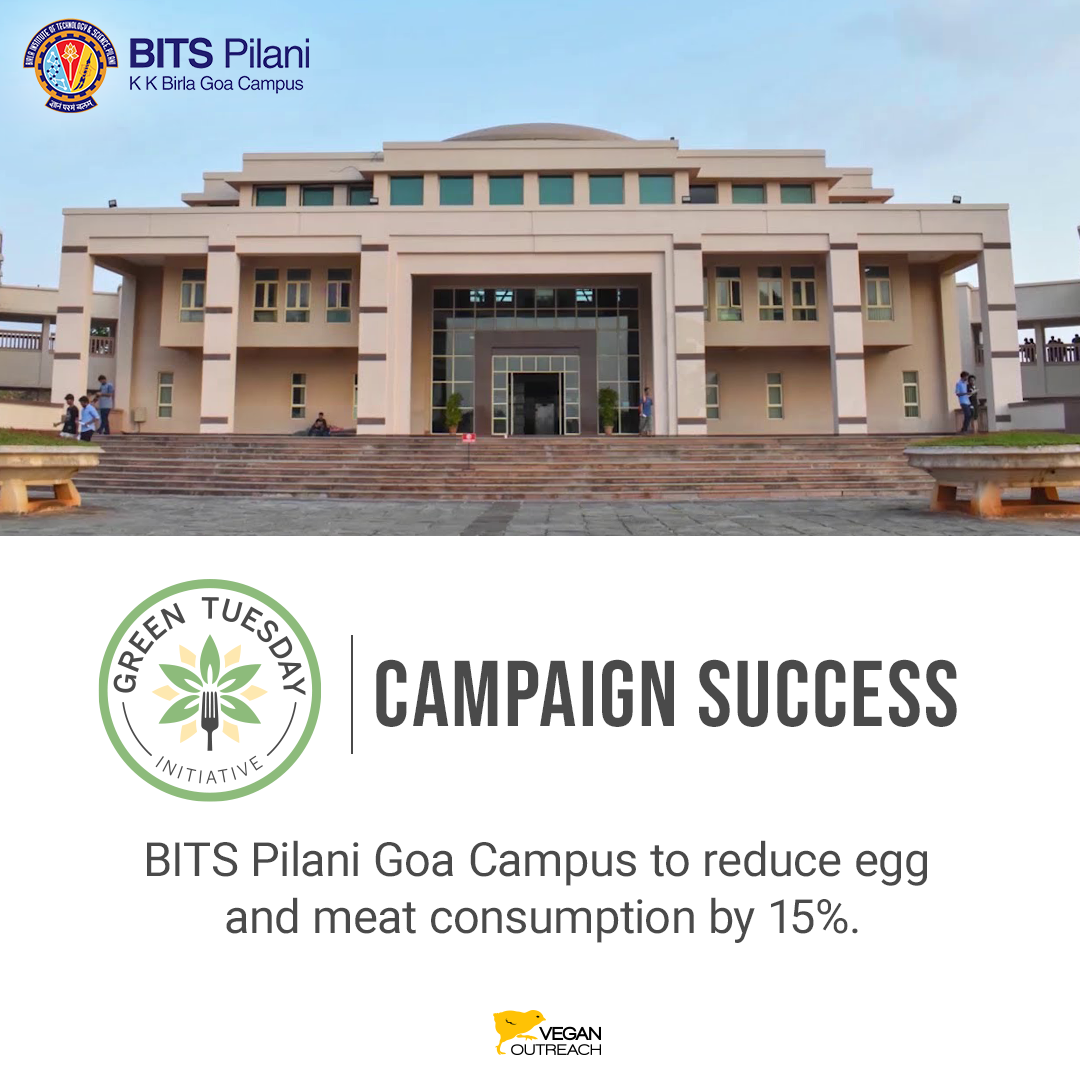 BITS Pilani, Goa, one of India’s most prestigious institutes, became the latest signatory of the Green Tuesday Pledge to address the rising global climate change crisis. Once fully rolled out, they are to slash-down the use of animal products like eggs and meat by 15%.

“At BITS Pilani, Goa, we are always taking new steps towards environmental sustainability, and the Green Tuesday Initiative takes us one step closer to achieving our sustainability goals,” said Yash Jain, Student Mess Convenor. “Globally and in India, institutions are reducing their use of animal products and choosing plant-based foods to fight climate change,” added Richa Mehta, Director of Programs, Vegan Outreach.

India is the 5th most vulnerable country to climate change according to the latest global climate risk index. Animal agriculture is one of the largest contributors of human-made greenhouse gas emissions, and multiple reports have identified it as one of the leading causes of climate change. One such example is the recent report from the UN’s Intergovernmental Panel on Climate Change (2019), which emphasized a shift towards plant-based diets as a significant opportunity to limit greenhouse gas emissions.

We also wrote to the decision-makers of three other BITS Pilani campuses — Dubai, Hyderabad and Pilani — to take the lead and implement sustainable food policies. Educational institutes play an essential role in building the best future for the next generations, and steps such as the Green Tuesday Initiative will be the way to go.

About the Green Tuesday campaign
Green Tuesday Initiative is a campaign by Vegan Outreach to help institutions reduce their environmental footprint by making small changes in the food they serve. So far, we’ve collaborated with twenty-two institutions in India.